Scars can never disappear but can be rendered less visible at conversational distance.

A scar is a tissue of repair that replaces normal skin after any injury. So in short the scars, made up of whitish fibrous tissue are the glue that holds the skin together after an injury. The scar tissue starts forming within a few days after the injury. It matures slowly and steadily over nearly two years in response to the movements of the part. The term scar removal is incorrect because the scar can never be completely eliminated. It can be improved in quality to make it less visible or conspicuous.

Why choose lasercosmesis for scar revision?

Why choose Lasercosmesis for Scars Treatments?

For scar treatment, a combination of lasers, surgery, a neurotoxin, or steroid injection, fat grafting is required. At Lasercosmesis, all modalities, along with a wide experience of using them is available. 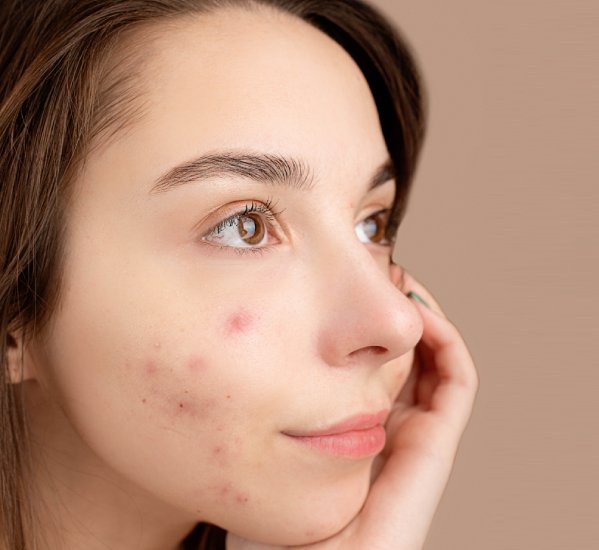 Why do scars form ?

There are many types of injuries that cause scar formation

1. Acne scars-- This form due to severe pus filled pimples which break the skin open. The fat under the dermis of the skin (deeper layers of the skin) can get involved. When this wound heals with scar formation, there can be

If you break a pimple to make it go away, the scar will most likely form.
Rarely acne scars become thick and keloidal.
Various modalities for treatment of acne scars are--

2 Scars due to burns---The agent that causes burns influences the type and severity of the scar. If a burned wound does not heal within 14 days a scar is likely to form. Acid and oil burns form thick scars due to severe damage of the skin. Sometimes these scars overheal and become red and itchy; called hypertrophic scars. If the scar crosses the boundary of the original wound it is called a keloid. Acid burns are commonly associated with dark discolouration. If the scars are across soft structures your features can be distorted. Scars on the growing areas in children can suppress or distort the growth of that part. Common example is chest wall burns in a female child. The scar on the chest can later hamper growth of the breast as the child attains maturity.

Various modalities for treatment of burns scars are-

3. Scars due to accidents and operations

The best way to prevent a desormity due to scars is to get a wound from an accident treated by a plastic surgeon. Plastic surgeons ensure minimal scarring in a given injury by using fine suture material and some technique to minimise the scars. Of course a scar can never be totally avoided. It is after all the glue that binds the injured part or the skin. Plastic surgeons restore the structures to their normal position and try to render the scar mark less visible.
Sometimes operation scars can be ugly. A longitudinal caesarean scar can divide the tummy into two bulgy halves. Scars of fracture treatment can be long, visible with dots on either side.

Most of the scars can be revised but you must have enough time to rest that part.
The revision can be with a Z or W plasty which breaks the scar into smaller segments which open the crowded skin up. Sometimes a matching skin taken from another part of the body can be grafted. The donor area usually should match the recipient area for a colour match.

Treatment modalities for operatio scars can be

i Z or W plasty
ii Revision
Iii Fat grafting
Iv operations like abdominoplasty can remove the scars that are prominent and align the resultant scar in a natural skin crease.
v Lasers, dermarollers/pen
Iv Dermabrasion
Combination of above methos are used in the best interest of the patient.

Types of the scars

1. Hypertrophic scar--When a wound forms excessive scar it is called hypertrophic scar. They are thicker than the skin
2. Atrophic scar---When the skin thins out and gets depressed below the surface.
3. Keloid scar--when the scar crosses the boundary of the original wound in addition to staying itchy and red for long, it is called keloidal scar

Types according to duration

1. Immature scar---After the wound heals the new scar tissue is reddish and itchy.
2. Mature scar---Slowly, the body adjusts the scar according to movements and wear and tear. The redness and itchiness vanishes and whitish,or dark marks remain. Sometimes the scars simply become non noticeable. On the other hand, if a scar surface is irregular or discolored or if it distorts normal structures, treatment is required.

Treatment of hypertrophic and keloid scars

1. Massage-- This is proven to be very useful in modulating scars. The massage can be with lubricating oils or medicinal applications. The medicinal applications include al cepae extracts or silicone oils.
2. Pressure garment-- Uniform pressure 24x7 with elastic pressure garment reduces the hypertrophic tendency
3. Steroid injections--- These are locally acting steroids, injected directly into the scar every month. Initial injections may be painful if the scar is tough. Later the pain reduces significantly. One needs to watch sugar levels in a diabetic patient and heaviness of the periods in woment. Other injections like 5 FU or neurotoxins also can be used.
4. Silicone gel sheets also help in recalcitrant and angry red scars.
5. Fractional CO2 lasers help to soften the scar, improve the texture and reduce the thickness.

If you want to experience comprehensive cosmetic care under one roof to achieve natural results, You are at the right place! We give shape to your confidence by blending modern science, the art of experienced fingers, and refinement with advanced technology. Connect with us to experience personalized care & avail the best results.